With so many amazing travel destinations, Italy tours make for the most perfect vacation. From Rome and Vatican City’s exquisite sites and the delightful canals of Venice to mesmerizing art galleries in Florence and the amazing Amalfi Coast, Italy is divine. It is also a gateway to beautiful islands, and every foodie’s dream come true.
Heritage sites, gondola rides, Renaissance art, outdoor attractions, and delicious food, all make Italy tours truly amazing.
Home » Europe Tours » Italy Tours

These experts will plan your trip with you in English.

Chiara is on top of every detail from start to finish. Very personable, easy to work with and persistent which is really good for procrastinating ..." Italy tours are a food lover’s dream - prepare yourself for some of the best cuisines you’ve ever tried in authentic Italian restaurants, washed down with a delicious glass of wine. Art enthusiasts will find it hard to return home from their tour as they stroll past exquisitely designed baroque era Italian architecture, then into one of the many grand renaissance art galleries, before finally heading onto a night of Italian opera in one of Italy's opulent opera houses.   Italy is one of the most popular tourist destinations on the planet, and on a tour of this remarkable country, you’ll soon discover all the reasons why. 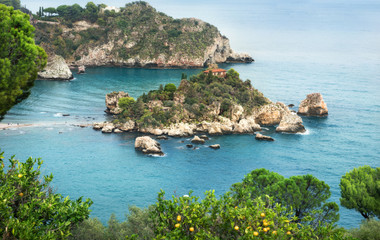 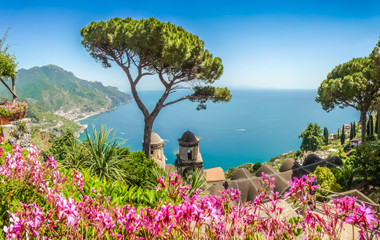 From visiting the Colosseum in Rome to an enchanting gondola ride in Venice, Italy tours offer a diverse selection of traveling highlights.

When you travel to Italy you will feel the warmth of the people, and taste the divine Italian food they're so famous for. The art enthusiasts will find it hard to return home as they stroll past exquisitely designed, baroque era Italian architecture, then into one of the many grand renaissance art galleries, before finally heading onto a night of Italian opera in one of Italy's opulent opera houses. 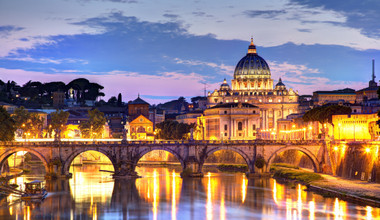 The best Italy tours comprise an in-depth journey through the history of this culturally rich country. So, indulge in some fine prosecco, unrivaled art and the picturesque ruins of ancient Italy and be sure to have the trip of a lifetime. Only the history of nearby Greece and the turquoise oceans of neighboring Croatia can compete with dazzling Italy.

Like much of Italy, a wander through the streets of Florence will provide you with a pleasant surprise around every corner. To get lost in Florence would be like getting lost in architectural heaven, a maze of renaissance buildings and art galleries, baroque churches, relaxing piazzas and dominating cathedrals fill this Italian town.

From cultural Florence (which also contains a thriving nightlife), head northeast to Bologna and be welcomed by the 40km of portico arches that link the town to the Sanctuary of the Madonna di San Luca, making this unique beauty a UNESCO world heritage site.

Along with everything that Italy is famous for, it also played a prominent role in the rise of the film industry. An outing to Turin's Museo Nazionale del Cinema (national cinema museum) offers unique insight and a comprehensive display of Italy's film history. A true gem, the cinema is situated in another of Turin's iconic locations, the Mole Antonelliana, a fascinating building that has become a symbol of the city.

Travel east from Turin to one of Italy's northern lakes in the Lombardy region (Italy's richest), and hang with the stars by the tranquil lake Garda or Como, popular family holiday destinations.

Italy's capital, Rome, attracts millions of visitors per year, all in search of the rich melting pot of culture that Rome beholds. Irrespective of the open-air museum that it is, a holiday to Rome will let you experience fine people, fine culture and fine cuisine. This ancient and vibrant capital is arguably the most invigorating throughout the world.

Now head to the two 'V's' in Eastern Italy. Firstly, visit Juliet's balcony and reenact one of the most famous scenes in the world in the romantic town of Verona, before heading to the quintessential and magical water-world of Venice. If you travel to Venice you will inevitably be lost within at least 20 minutes of arriving which, coincidentally, is the exact thing you want to be doing in this inconceivable city. Explore the hidden canal streets and stumble upon small, romantic restaurants, atmospheric cafes, ancient churches, the labyrinthine Ghetto quarter or any other majestic gem that is stored popular tourist destination. Food and Culture of Italy

Containing arguably the richest culture and the most memorable food, it is easy to express the overwhelming beauty of Italy and the Italian people. Italy tours will inevitably make you adopt a whole new lifestyle, first of all stealing every recipe you come across and second of all, the amount you eat. Italians are well known for taking their time over a meal, happily indulging in fine local flavors, including lots of drinking.

Taking a claim to three of the world's most famous foods, pizza, pasta and ice cream, Italy doesn't stop there. Suppli rice balls are just one authentic reason to reach out further into exploring more of the culinary expertise on offer in Italy. Furthermore, Italian food often comes with olive oil drizzled bread, like the famous bruschetta starter for example, or it may just be used to soak up the sumptuous juices leftover by the perfect lasagna dish.

Follow up on these irresistible flavors with a grappa desert or just drink the much-loved spritz with your friends and family and let your food go down. Be sure to leave room for a tiramisu dessert, however, before finally topping off your meal with an espresso.

The truly distinctive feature in Italian food is a large amount of variation on offer. With over 600 types of different pasta and an inestimable amount of Pizza toppings, Italy introduces you to a world of decisions and recipes. What time of the year is it best to visit Italy?

The summer months of July and August attract many, many travelers and the temperatures are soaring hot between these months.

For fewer tourists and milder weather, the best times to embark on Italy tours are during April, May, and June, along with September-October also being nice times to visit.

Transitional months of March and November can be great for catching spells of nice weather and for cultural pursuits.

Italy Reviews Of Our Travellers

Chiara is on top of every detail from start to finish. Very personable, easy to work with and persistent which is really good for procrastinating experts like me.
Highly recommend working with Chiara and the company.

Very well organised. Everything went exactly to plan; we had excellent guides, pick-ups were always extremely punctual and we were very well looked after.

We were very pleased with Francesca. She was always available to answer any questions or concerns. The trip was wonderful. All our worries were put to rest. We were treated royally by the drivers and experienced local tour guides. I would highly recommend using this local agency.

The trip was well planned. Francesca was great. She was very prompt in responding to all my queries and requests. My only feedback is the hotel she got us in Venice has rather poor wifi connection.

She was quick to address our concerns.
The itinerary was well planned.
Some drivers assigned to us were impatient and not able to speak English fluently.
Ca de conti hotel in Venice was old and the first day was not Ok. There was a shorter way from the port but the guide took us thru the long route. Whispers in all tours specially walking tours should be provided for all of us to appreciate the Places we visit. It is also a way for us to track each other so as not get lost.