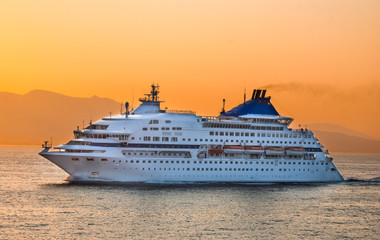 Mainland of Greece and the Aegean Sea | 11 days 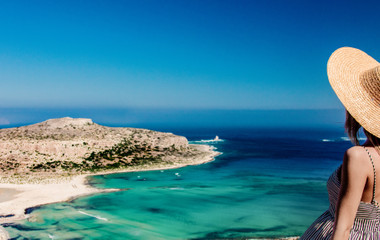 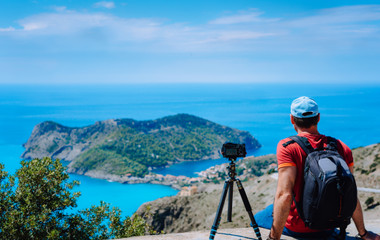 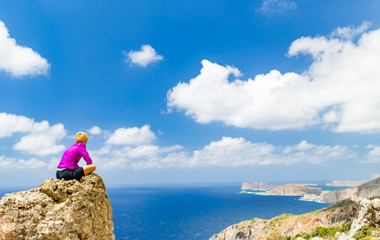 from $ 2,965 per person
More details
Our private trips are fully customizable and can start on any date.
Share your ideas with our Destination Expert! 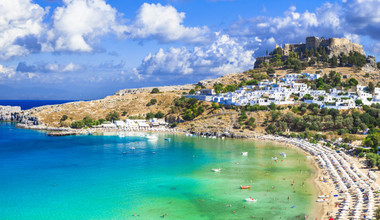 You will love taking a trip to Rhodes, also known as the Island of the Knights, from the 1309 conquering by the Knights of Saint John of Jerusalem.  Rhodes has a strategic location between Turkey and Greece that has made it an important city since ancient times.  Situated in the southern Aegean Sea, Rhodes tours will take you past the former site of one of the Seven Wonders of the Ancient World, the Colossus of Rhodes, which served as inspiration for the modern day Statue of Liberty in New York City.

Historic Old Town
Beyond seeing where the Colossus once stood, one of the best things to do in Rhodes is visit the historic Old Town, one of the largest medieval towns of Europe and. Your Rhodes vacation package is likely to include a tour of the Palace of the Grand Master, a UNESCO world heritage site.  Originally a Byzantine fortress from the seventh century A.D., the Old Town features one of the world’s only surviving examples of medieval fortification of the walls surrounding a city. You’ll be able to wind through narrow, winding alleyways to discover ancient ruins and monuments.

Modern City
The old city isn’t the only part of the city worth seeing. Outside the fortified walls waits a busy contemporary city, with a mix of modern buildings and Venetian architecture, as the area was once under Italian rule.

Beaches
If you’re looking to relax on a Rhodes Greece beach, there are plenty abound, including the lush Trianda, Ialyssos, and Ixia beaches which run along the city so hotels, swimming, and food service is especially convenient. If diving is more appealing during your Rhodes travel, the Anthony Quinn beach (named after the American actor, who once filmed a movie in the town) has big rocks in the surf. Your Rhodes vacation will give you a front row seat to sun, history, and food and wine to please even the most discriminating palate. 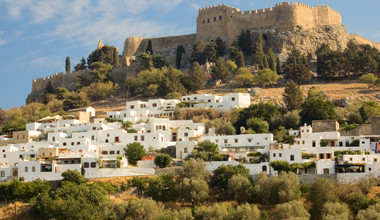 What to do in Rhodes

Your Rhodes vacation packages can be tailored to suit anything available on the island. Though the Collosus of Rhodes is no longer standing, you will have no problem finding what to see in Rhodes Greece during a Rhodes day tour.

If you’re not sure what to do in Rhodes, you may just want to start your day with a stroll through Butterfly Valley. Butterfly Valley is the resting home of the Jersey Tiger Moth, or the Panaxia Quadripunctaria. The moths are so plentiful because the nature reserve is the only natural forest of Oriental Sweetgum trees and the scent attracts thousands of the butterflies in late May. It is on the way to the Monastery of the Virgin Mary Amartou, a small church dating back to the Middle Ages.

Hiking
If you enjoy an active Rhodes tour excursion, you will want to travel to the top of Mount Atavyros, the highest point on the island. While there are some trails, at other points the path is just well trodden dirt. The trek is worth it as part of your Rhodes vacation package because you will find The Temple of Zeus at the peak.

Vineyards
When you head back down, you’ll want to visit the village of Embonas, which is considered the wine capital of the island. The town is surrounded by vineyards of the white Athiri grape, which grows nowhere else in the world, as well as other varietals of red. You’re sure to discover several new wines. Local wineries make a special sparkling wine employing the champagne method of a second fermentation.

World’s Oldest Park
Your Rhodes vacation package should not miss a visit to Rodini Park in the middle of Rhodes City. This park dates back to the Roman times and is considered the world’s oldest park. There are incredibly constructed aqueducts, paths, benches, and a large water tower, as well as an ancient tomb believed to be the tomb of Ptolemy. There is a river flowing through the middle of the park which is home to several species of wildlife including fish, turtles, ducks, peacocks, and deer.

Beaches
On an island, you will naturally discover several spectacular Rhodes beaches.  One of the more interesting beaches is Kallithea beach, site of former Italian spa and Roman bath. At Kallithea beach, old meets new, and has been the setting for classic Hollywood films.  Once a location famous for its medical springs, the spa is under renovation, but the landscaping and architecture makes a stunning photography backdrop in addition to the pristine beach.