Whether you are looking at the traditional Greek cuisine, which has been passed over centuries as a culinary art, or some other sort of speciality, this trip will blow your mind. Spend time on this trip discovering the various foods this country has to offer you. Taste the best that is on offer on these these Culinary Tours in Greece .
Greek cuisine is world renowned. Spend time on these Culinary Tours in Greece discovering the various foods this country has.
Home » Europe Tours » Greece Tours » Culinary tours greece 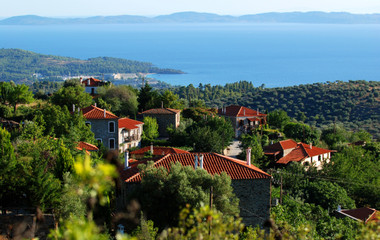 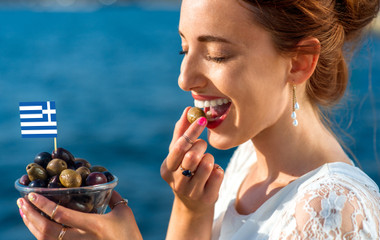 from $ 4,780 per person
More details
Our private trips are fully customizable and can start on any date.
Share your ideas with our Destination Expert! 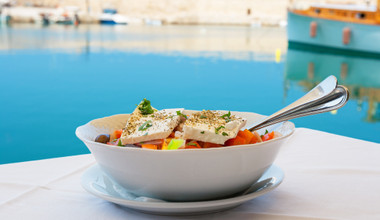 Culinary trips to Greece are the ideal plan for all you foodie travelers to see the most beautiful sites while eating the tastiest foods. Your trip to Greece is not complete without trying all the many authentic and traditional foods, from street food to fine dining. There is a variety of sweets and flavors to choose from while exploring the diverse terrains of the country. Eat in the sky while overlooking the cityscapes of Athens with the backdrop of the mountains, eat on the islands while looking at the Caldara and volcano sceneries, Eat with some of the best views of the ancient ruins.

Greece offers a variety of foods due to its rich multi-cultural influences such as the Romans, Minoans, Venetians, and Ottoman Turks. The Minoans, who first emerged on the island Crete, were among the first residence in Greece. They discovering wild grapes which they made wine from and native berries, which resulted in the olive oil that is the economic foundation of the country. Classic dishes such as moussaka, börek and tzatziki stem from the Ottoman Empire, which have their roots in Arabic, Persian and Turkish cuisine. The Ionian islands, provide specialties like Karothopita, a walnut and cinnamon flavored cake coming from the Venetian rule. These Greece food tours will take your taste buds on a delectable journey across all these civilizations and leave you with a full impression of the influences that have created present day traditional Greek food.

These Culinary tours Greece are customized completely to your palatal desires and provide tailor made advice from a local expert to ensure that you experience all the best of these mouthwatering adventures. So, prepare your palate and get ready for an unforgettable experience that will leave you coming back for more in the years to come. 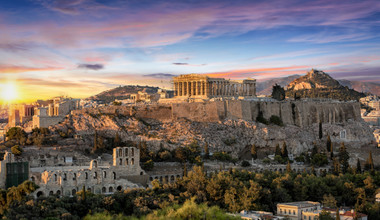 Cuisine and sights of Athens
Atop the A for Athens hotel, you can enjoy great views of the ancient temple of Acropolis and the old Monastiraki square while sipping fine coffee and a buffet breakfast filled with yogurts, honey, eggs, and savory Greek pitas. You can join the many culinary walking tour of Greece, which will take you to all the tasty goodies such as Koulouria (sesame bread) and loukoumades (mini-donuts). As well, you will venture the central markets of Athens for fresh cheese, wines, honey and more. In the evening, head to the renowned restaurant dinner in the sky, which will take you by lift 50 meters in the air. As your view rotates, you will have a full view of the cityscapes, surrounding mountains, and the sea. All this while you indulge in a 5-course menu prepared by expert chiefs.

Thessaloniki’s diverse cuisine
The city consists of its rich culture influenced by the various civilizations having inhabited the city, such as the Romans, Venetians, and Ottoman Turks, which brings along an assortment of cuisine to choose from. As well, there is a large Jewish influence and major community there that offer a number of kosher options.

The Thessaloniki Food Festival is another great stop if you plan to come in spring. This festival combines the city’s love of music and food by offering live music and a variety of tasty street foods such as gyros and mpougatsa (pastries with filled with cheese or meat).

Exotic food in Santorini
After building up an appetite from all the water activities and beach lounging on the shores of the Mediterranean, head to one of the many authentic Greek restaurants, which offer stunning views of the volcano and caldera. Try some of the more exotic foods such as the octopus with caper or the rabbit or if you’re looking for something a bit more traditional get the roasted lamb or spinach pie. Another great place to see the spectacular views is the Santowines Vineyard among many other vineyards on the island offering an assortment of wines to taste.

Minoan food in Crete
The ancient Minoans, who lived on Crete, were some of the first influencers who carved the way for some of the traditional present day Greek cuisines, such as trahana (a yogurt with grains). Above all, they were fishermen and sea food is an essential element to present Greek diets and to the island cuisine.

Additionally, Crete is known for its huge selection of special cheeses from the numerous regions of the islands, which is sure to melt the hearts of all you cheese lovers. At the end of the appetizing day, you’ll want to conclude with a Raki, the famous Cretan spirit.

Corfu
The island, once under Venetian, French and British rule, has a unique taste compared to that of the mainland due to its distinctive history from the country. So, if you like western cuisine with a hint of Mediterranean and Middle Eastern food, Corfu will certainly satisfy.