Croatia tours are a blend of the classic and contemporary. See it all–from Zagreb’s terrific sights and Split’s sprawling fortress to the magical beauty of Plitvice Lakes National Park and the superb heritage site in Dubrovnik. Croatia is also a gateway to enthralling islands dotted with outstanding beaches.
On Croatia tours, you can enjoy the pleasures of city life, and explore historical and cultural sites at amazing destinations.
Home » Europe Tours » Croatia Tours

Bay of Kvarner and Highlands

When i planned my trip to Croatia at the beginning of 2019 i had a pretty good idea of what i wanted and hoped to see on my trip but this time i just..." Croatia encapsulates everything that has allured travelers to Europe for decades: a rich culture, stunning architecture, incredible food and a vibrant nightlife.   Croatia tours start in Zagreb, where you can enjoy some of the country’s best restaurants and spend time wandering through the wealth of parks and cafes that punctuate the streets. Elsewhere in the country you’ll undoubtedly want to visit Split for a taste of the nightlife and the cobblestone streets of Dubrovnik for an authentic slice of old Europe. Island hopping is a great way to spend a few days on Croatia’s most beautiful beaches, and no Croatia tour would be complete without a visit to Zadar. Best of all, while Dubrovnik may teem with eager European travelers during peak season, Croatia remains one of the few Mediterranean countries to offer the very best of the region without becoming overcrowded. So, imagine the best of Italy, without the crowds. 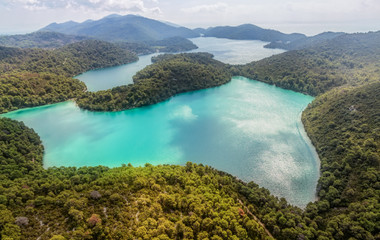 from $ 967 per person
More details from $ 960 per person
More details 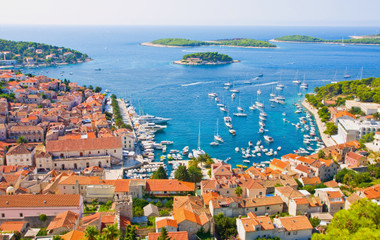 Croatia’s glittering coast attracts a range of travelers every year. From the glitz and glamour of Dubrovnik to the backpacker parties of Split to the quiet, quaint coastal villages that punctuate Croatia’s coast, whatever you want from a trip to the Mediterranean you can find in Croatia.

Croatia’s tourism capital is undoubtedly Dubrovnik, which is one of the world’s most beautiful cities and attracts millions of tourists annually. This ancient city has stood, though at times waveringly, for five centuries, and the sense of history as you wander through the cobbled streets isn’t just palpable – it’s impossible to ignore.

Croatia’s actual capital, Zagreb, gets unfairly ignored, dwarfed to the north by Vienna and to the south by the ancient charms of Dubrovnik. Little matter for those on Croatia tours who wish to visit it, since its lack of mass tourism only adds to the appeal. Zagreb is a great center for restaurants, cafes, and nightlife, and several excellent galleries and museums can be found in the city.

Elsewhere inland there is a wealth of national parks to be explored. The most notable of these are the Plitvice Lakes National Park (a UNESCO heritage site) and Paklencia National Park, with its looming mountain-scapes, dramatic lakes, and excellent hiking opportunities.

Of course, most people go on Croatia tours to experience the beautiful islands and coastline, where the traditional Mediterranean life can still be found. The beautiful island of Hvar is another popular tourist destination, popular with trendy professionals and celebrities. Be sure to check out Split if its parties you’re after, or Zadar if you want to avoid the crowds. Food and Culture of Croatia

Croatia is one of Europe’s unsung heroes in terms of cuisine. On Croatia tours you can’t fail to sample the wealth of fresh meat and seafood. Almost everything is locally sourced and only the finest ingredients are used. Wash that down with a delicious glass of Croatian wine and you may have found your new foodie paradise.

Croatia’s culture goes back centuries and centuries, and you can still find evidence of the ancient Croatian cultures in Diocletian Palace. Today Croatia still revels in its traditional Mediterranean culture, professing to be the last country left that maintains and preserves the languid, relaxed lifestyle inherent in the Mediterranean culture. As you lounge back in a restaurant on Croatia’s coast with some fine wine and delectable cuisine, you’ll be hard-pressed to disagree.

Croatia Reviews Of Our Travellers

When i planned my trip to Croatia at the beginning of 2019 i had a pretty good idea of what i wanted and hoped to see on my trip but this time
i just wanted to go and enjoy and let a professional handle the details that is when i found Trip.me who in return introduced me with the
local expert, Radoslav Velinov.

Radoslav Velinov was an amazing person and professional to deal with always attentive to my requests and needs! had extensive knowledge of
locations and the ability to change an itinerary to suit changing circumstances. All the 4 star hotels which i had were superb, they were most
comfortable, super clean, nicely decorated. He was a delight to work with, very easy to communicate and keen to listen to what i needed, he
was very helpful with useful suggestions.

My trip to Croatia was simply an outstanding and exceeded my expectations, he took care of all my planning for the trip from Zagreb to Mostar
and everywhere in between.

I being very detailed person and perfectionist had lots of questions 7-8 months of correspondence back and forth he listened carefully to what
i wanted to see and do and customized an itinerary to my wish list.

Radoslav also scheduled very special person as our guide, Mr Senad. He simply was an exceptionally outstanding person, kind, funny and very
knowledgeable in everything. He was an excellent driver and a photographer. Upon arrival we were warmly welcomed by My Senad, our names
were mentioned on the board, we felt welcomed and with such friendly atmosphere we had fantastic start! He was extremely good very
flexible a true sample of an excellent tour guide and for that he deserves special thanks. We had two great weeks with him which obviously
added up to our experience and after two weeks spending time with him we felt he was a friend rather than a tour guide.

Radoslav this is a special thank you for your exceptional service you provided us. The itinerary was perfect. This trip was above and beyond
my expectations all customized just for two of us. The planning details were perfect and the accomodations were superb. You kept in-touch
with us while we were in Croatia to see if everything was going according to the plan until we returned to Canada. Normally people are fond
of creating complaints for faults that happen to them from the tour agents but few will remember to thank who worked like Radoslav for
months to create a perfect itinerary to make the trip a success, once again thank you for your outstanding service and i wish you all the best.

Alen was our travel guide. He picked us up when we got to Zagreb and was our guide for our six day tour of Croatia. The hotels they booked for is were great. The local guides they selected did a wonderful job of informing us of all the history that Croatia holds. Alen is funny and a great guide. He is a stickler for details which made our vacation pleasant and worry free. I highly recommend Radoslav and Alen for anyone planning a trip.

The best thing about Radoslav was his skill at matching his travelers with the right travel guide. Arina was better than we could have imagined: intelligent, hard working, generous, and passionate about Bulgaria.