Great experience, great prices, very responsive! I loved the fact they send you a personalized website address where you can have all the details abou..." 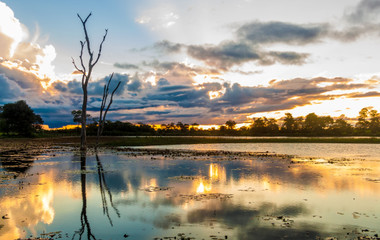 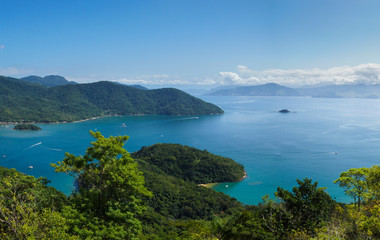 Great experience, great prices, very responsive! I loved the fact they send you a personalized website address where you can have all the details about your trip. I highly recommend it!

The journey in Brazil was a wonderful experience in every way. We had a very varied program that gave us good memories. It is becoming too extensive to go into detail. The people, visual impressions, smells and light cannot be shared but must be experienced. Many thanks to Ryan, all the guides, drivers, skippers and everyone else who made this an unforgettable experience for us two from Norway.

We had the trip of a lifetime, started in Rio - did the city tour with a great guide, saw and experienced everything we wanted, started with Christ the Redeemer and ended at sun-set on Sugar-loaf.
Spent next 5 nights in the Amazon - even under canvas in a hammock one night - we saw everything we had hoped for from both species of dolphin to Hoatzin. Fishing, sunrise and sunsets - great guide even got to eat grubs!!
Next, we had two flights and a 6-hour drive to the Pantanal. Got here late and had communication difficulty as nobody spoke English - not to worry we had 6 safari type trips on boats with a great guide (without speaking English) we saw 10 Jaguar spots, A Tapier, Scarlet Macaw - again everything we wanted and more.
On the trip back from the lodge to the airport, we had a driver that was as good as any guide we could ask for - he found Eagle Owls and lots more in the 6-hour trip, we nearly missed the plane it was so good. Then 3 flights to the Iguazu falls. The guide here was not so good - he was looking for extra trips and to make money - (needed to get assertive with this guy and he came inline)
We had one night in Rio before heading home - stayed in the Hilton and enjoyed a day in the sauna and massage rooms!
On the whole trip only once was a driver 1 hour late to pick us up, went to the wrong hotel but Caterina sorted this and found a way to make it up to us. Thanks.
Worth every penny, we have done the safari in Africa and India - this was better.
Never met another person from the UK on the whole of the trip - not many Americans also mostly German and the Netherlands.
Food was good - nothing fancy but never got any sickness on the trip at all.

It was a wonderful trip!
We were not crazy about Morro Sao Paolo at the end but it was still a worthwhile experience. Caterina planned the trip well - 3 days in a city and 3 days in rural, jungle area or beach area then 3 days in a city, etc She always answered our concerns and emails promptly. The hotels were wonderful with fantastic breakfasts!
Caterina is very professional and cares about her clientele!

We had the best experience with Caterina. She set up everything for our Amazon River cruise which would have been very difficult if not impossible to do on our end. She took care of everything and answered all our questions. Our trip was everything we hoped it would be.