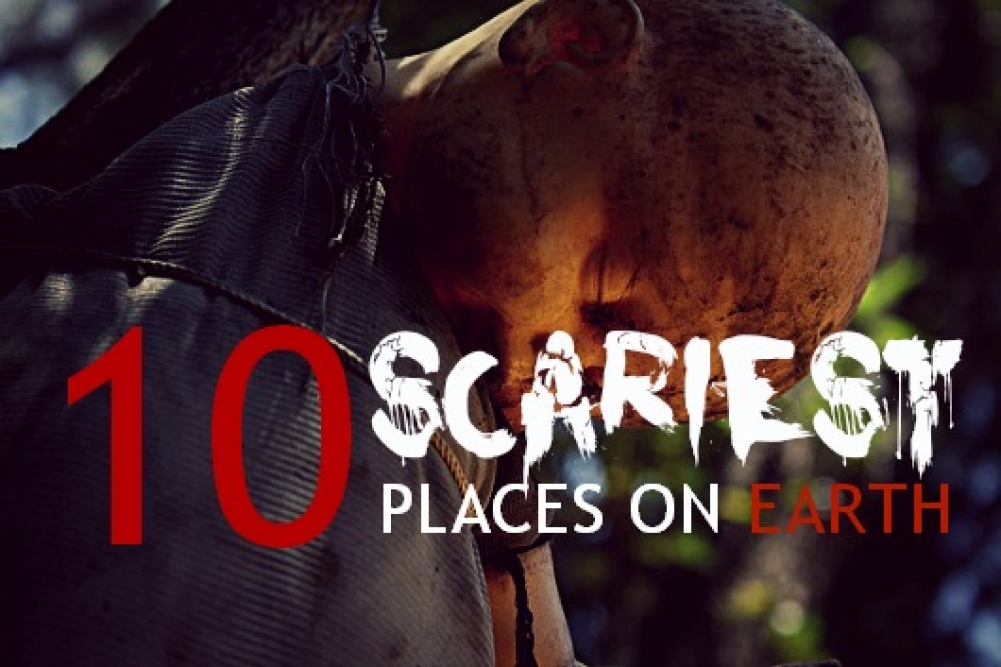 The 10 Scariest Places on Earth

Looking for a scare? It's coming up to Halloween and so  to get into the "spirit" of things we've compiled a ghastly list of the most ghoulish, spooky places in the world.

Do you dare read on? 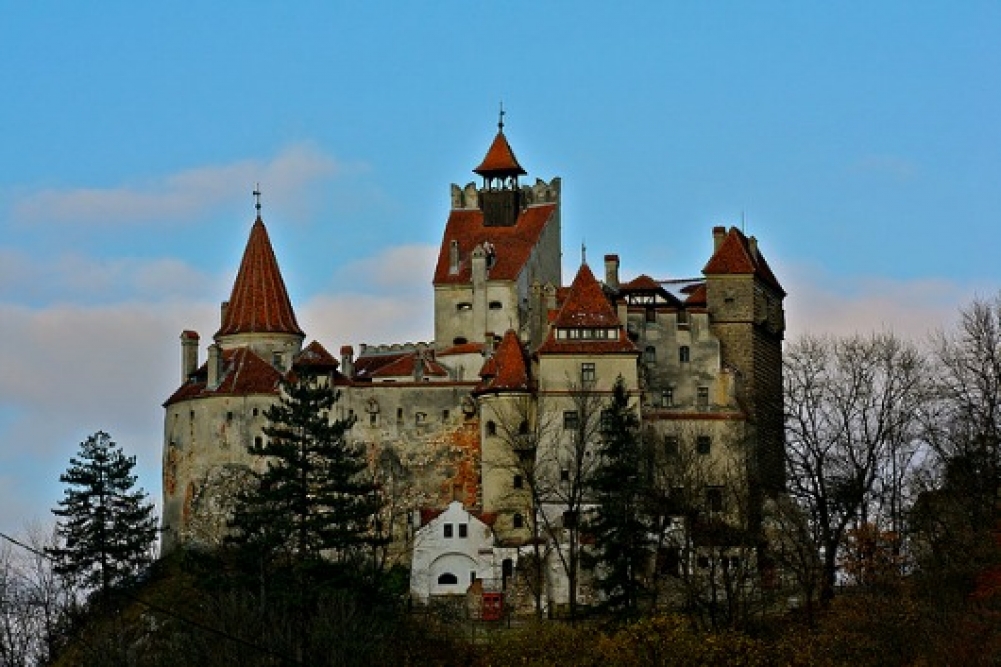 Way out in the Romanian wilderness stands the castle of Vlad III Dracula, the real-life tyrant on whom the Dracula of popular legend is based. Vlad was, by all accounts, a pretty awful person.

Vlad had a hobby. His hobby was impaling people (his nickname is Vlad the Impaler, which doesn't come from his love of unicorns and frivolous frolicking, you understand). Vlad is said to have impaled tens of thousands of people, keeping them alive on sticks for months as his nefarious tortures went on and on, and it’s said that the ghosts of his victims (as well as the heart of a queen) can be found around Bran Castle.

Though there’s no evidence of Vlad actually staying in the castle, it’s long since been associated with him, and those seeking a fright could do much worse than to visit this creepy castle. Just watch out for weird looking ghosts with sharp sticks.

You can see Vlad’s pad and more on a tour of Romania. 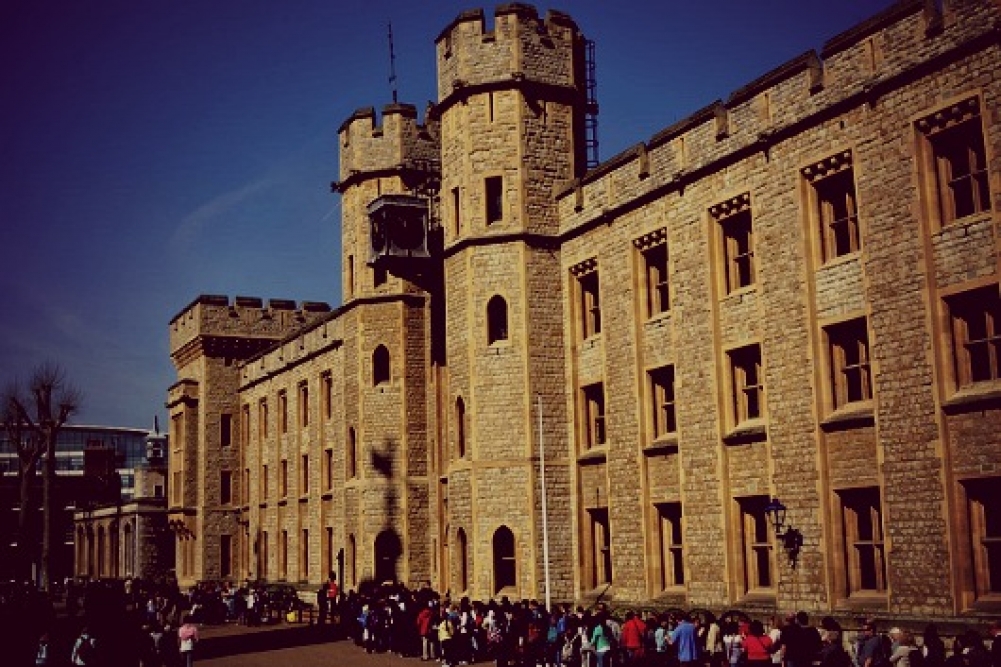 The haunted Tower of London. Photo by Xiquinho Silva

The Tower of London is one of the best-preserved buildings in the world. Its history is long - too long to recount here - and murky. This is the place where Ann Boleyn was beheaded, and that the Countess of Salisbury was hacked to death with an axe. Countless more executions and murders have taken place, and on a tour of the Tower of London you can learn about them all.

In the halls and rooms of the Tower of London the ghosts of Henry VI, Sir Walter Raleigh, Thomas Beckett and many more are said to wander, so watch your step. 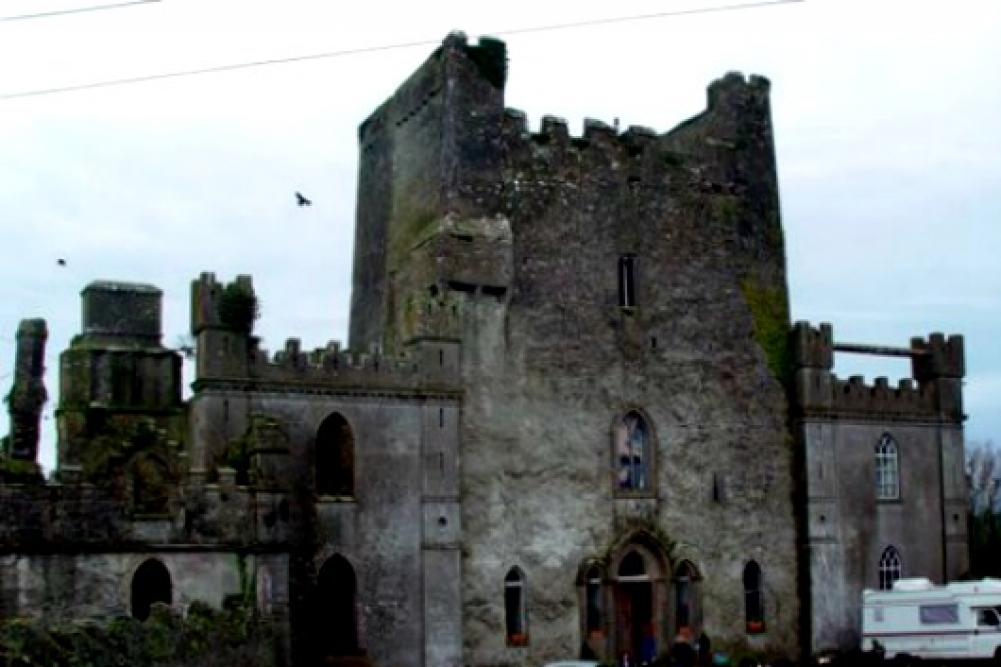 Leap Castle, with an RV ready outside for a quick getaway. Photo by gothic.stir.ac.uk.

When brothers are going around slaying brothers who just happen to be priests, you know some spooky stuff is going to go down. 400 years ago in Leap Castle that’s exactly what happened (in the chapel, no less). Since this incident, Leap Castle’s chapel has become known as the Bloody Chapel, and the ghost of the deceased still roam.

We’re not done there, either.

Prisoners in the castle were thrown eight feet onto big spikes on the floor. Needless to say, some of them were pretty ticked off about that and stick around to haunt the castle.

Finally, Leap Castle is said to be haunted by an evil creature with the body of a sheep and the head of a human. This creature, The Elemental, has been the subject of many documentaries and has led many to conclude that Leap Castle is the most haunted place in the world. Plus it stinks of rotting flesh, so it’s as nasty as it is spooky. 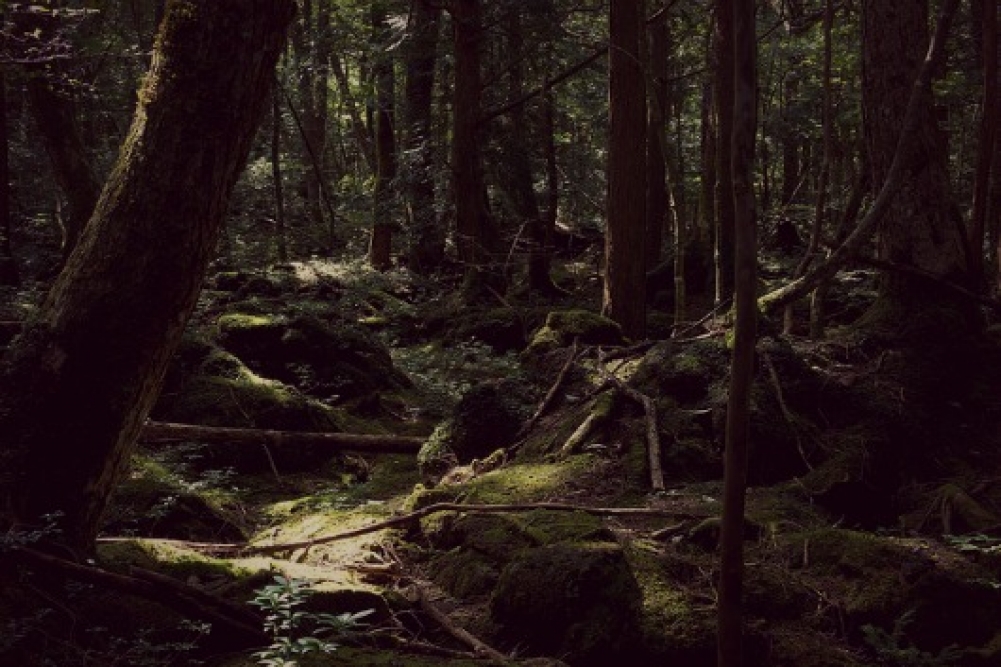 The Aokigahara Forest... A nice stroll? Photo by elminium.

The Aokigahara Forest sits at the base of Mount Fiji. It’s known as the “Sea of Trees”.

That all makes it sound pretty nice, right? But it’s also rather more ominously known as the perfect place to die (which sounds kiiiind of comforting, but mostly pretty grim).

This is the world’s second most popular suicide spot (after the Golden Gate Bridge), and it’s said that all these suicides have led to paranormal activity in the area as the spirits of the deceased are unable to leave the forest. Shrill cries are heard through the night, compasses are rendered useless and the chances of bumping into another living soul in the forest are extremely slim, making it one of the scariest places on earth. 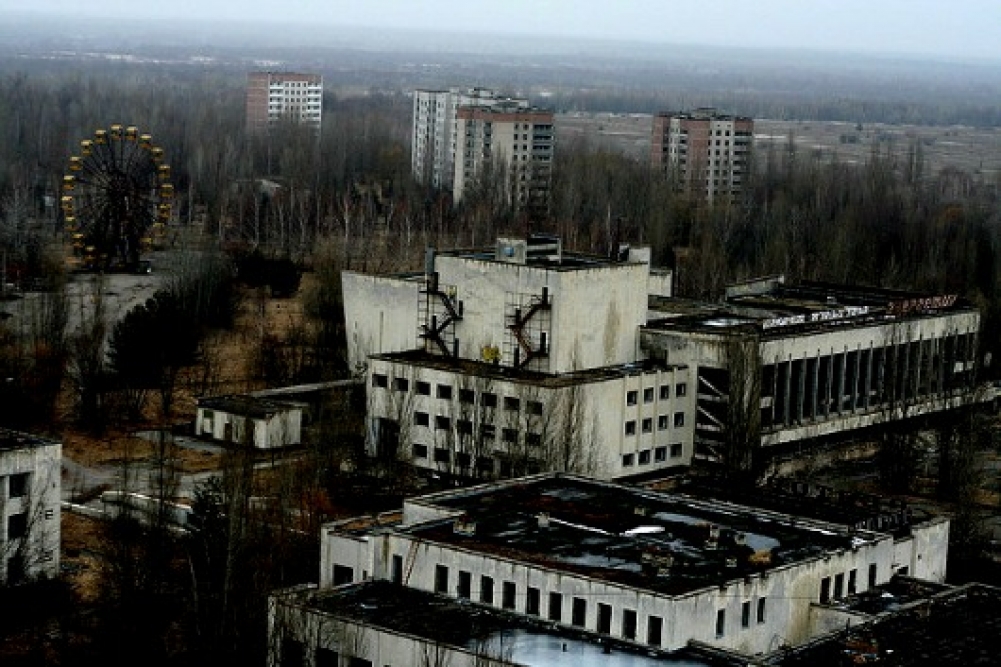 The abandoned city of Prypiat. Photo by Scott.

After the Chernobyl Nuclear Disaster in 1986, the Ukranian government ordered the evacuation of 90,000 living close to the area. The abandoned city of Prypiat was the most populated at the time.

Wandering the city now is a creepy, disconcerting experience. The residents left behind most their things, giving the impression that life simply ended in the area. The soviet style buildings only serve to add to the spook-factor; harsh, cold uniformed apartment blocks and hospitals that line the streets.

The Catacombs of Paris

The Catacombs of Paris. Photo by Tommie Hansen.

Hidden beneath the enchanting streets of Paris are centuries worth of catacombs and ossuaries that hold the bones of over 6 million people. In certain areas they have been neatly stacked to display to visitors.

In the late 19th century Paris was dealing with the issues of limited space within the city bury their dead, and it was decreed that the old mines running extensively underneath the city become the new resting places for the deceased. These mines are about 378 miles (600 km) long and the majority are now neglected and unpatrolled. Those daring enough (and willing to break a few laws) can explore them, but beware.

Giant holes falling hundreds of feet are along every step, tiny crevices that you have to crawl through exist around every turn, all sound and light is absorbed by miles of darkness and, of course, the rows upon rows of discarded bones make traversing most parts of the mines extremely dangerous. As legend has it  you’ll also meet the evil spirits who call the mines home, and it’s said the entrance to Hell is even down there. Be careful if you dare this excursion. 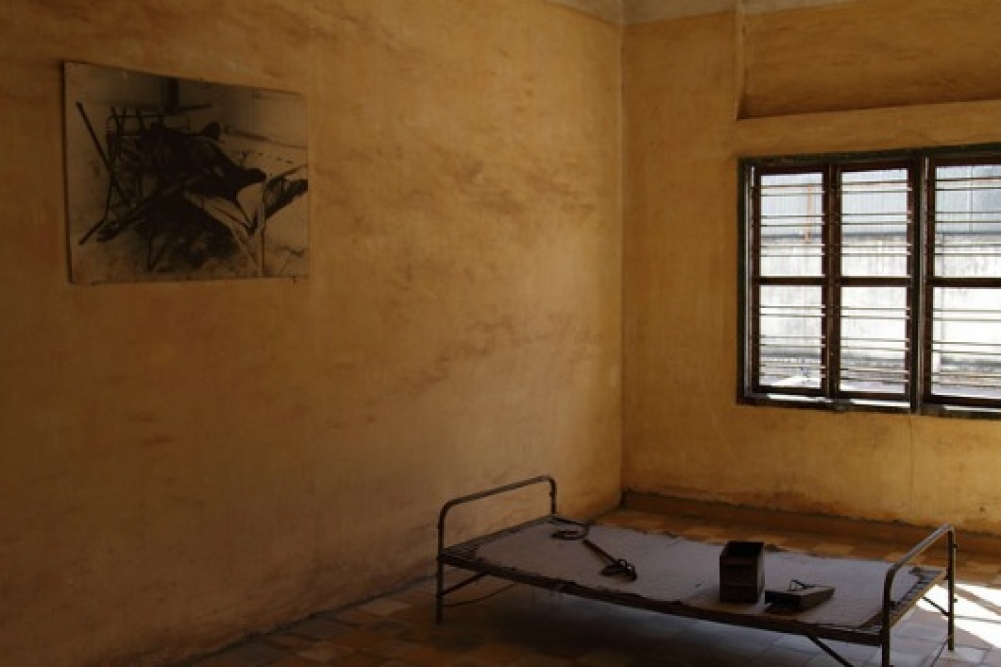 The Genocide Museum in Cambodia. Photo by Harald Hoyer.

During the Khmre Rouge's rule over Cambodia from 1975-1979 a former high school was turned into one of the most notorious prisons during the regime.  Known as Security Prison 21 (S-21), it housed those who were deemed traitors, most of which were tortured to death. It’s estimated that around 20,000 people were executed here, many of whom were forced to make false confessions and identify family members who were also brought to the prison.

The museum today is said to be haunted by the ghosts of those who were murdered here. It’s also claimed that strange happenings often occur throughout the museum and are all attributed to the remaining spirits. 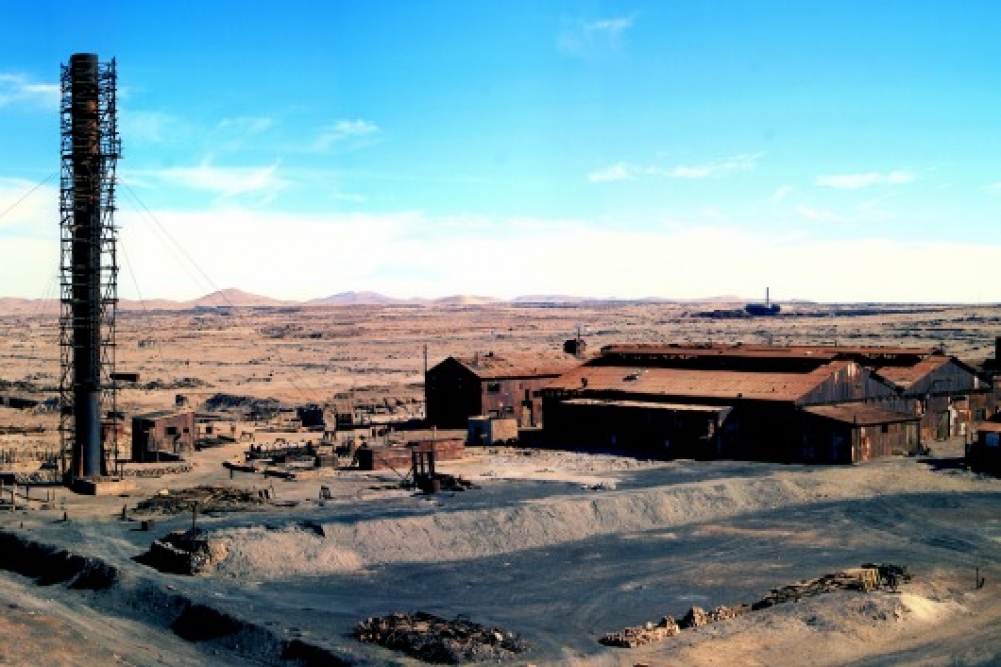 Located in the Atacama Desert in the northern part of Chile you can find the former towns of Humberstone and La Noria. These towns existed around two saltpeter mines, but after decades of financial difficulties both were completely abandoned in the 1960s, leaving behind everything.

In La Noria it is said that the residence never really left, and that their ghosts rise out of their graves and wander the streets at night. Even if you don’t see a ghost in La Noria, most graves were left open with fully visible corpses inside. The towns are said to be so haunted that residents from nearby Iquique refuse to step foot inside their limits. There are tours of these haunted towns, if you’re feeling adventurous... 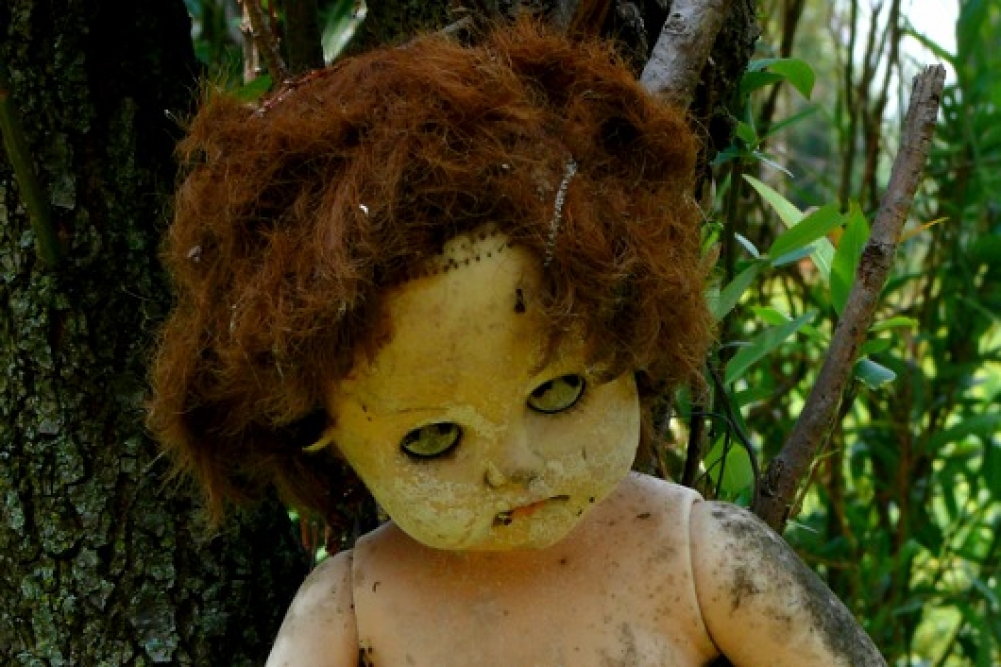 The Island of the Dolls, Mexico. Photo by Zen Skillicorn.

Located in Xochimilco, a borough of Mexico City, you can find a number of man-made islands along the extensive canal systems, some of which are more unique than others. The most famous island is known as “La Isla de Las Muñecas” or Island of Dolls.

This tiny canal island was inhabited by Julián Santana Barrera, who used to collect broken doll parts and bodies as they floated by in the water. He even found a dead girl in the canal once, and began to string up the doll bodies to ward of other spirits and appease the one of the girl. Barrera was found dead on his island in 2001, and there are stories that say the dolls came to life to murder him.

The superstition surrounding the island has grown so much that some even believe you need to bring an offering for the strung-up dolls to avoid any type of curse. Spooky stuff. 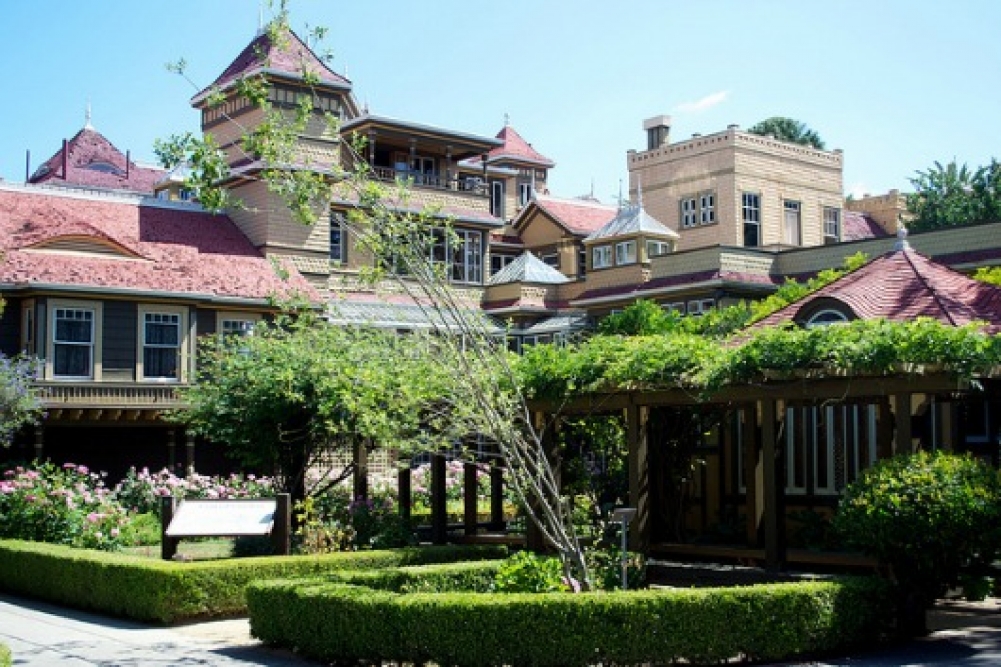 This historic house in northern California was lived in by Sarah Winchester, the widow to William Wirt Winchester of the famous rifle-making Winchester family. After losing both her children and husband, it’s said that Sarah became convinced she was cursed and visited a medium.

The medium informed her that spirits, including American Indians and American Civil War soldiers, were haunting her, and that she needed to construct a home to include them in. The first construction of her mansion began in 1884 and did not stop for one minute until her death in 1922. This left a legacy house that has almost 160 rooms, including 40 bedrooms, 2 ballrooms,  and many other bizarre features. You can find a staircase that leads to nowhere, a door that has nothing behind it but a 10-foot drop, intricately creepy and unique glass windows featuring spiders and the number 13. If you’re in northern Cali, definitely stop here for a terrifying tour.

Not feeling sufficiently spooked? Leave us your scary travel stories in the comments!